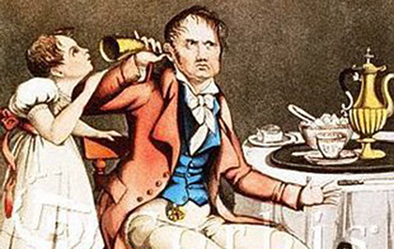 As more people and devices communicate wirelessly, their signals conflict and compete, creating noise and interference. The impact on the health of wireless systems is significant. Wireless links are characterized by the ratio of signal strength to the combination of wireless interference and thermal noise. This key performance indicator is known as the Signal to Interference and Noise Ratio or SINR.

As wireless traffic has increased over the years, SINR has fallen. Mobile operators fight this battle every day, particularly when subscribers are handed off from one cell-site to another. An initial approach was to try altering transmitted wireless power. Initially, increasing transmit power worked as wireless networks were thermal noise limited and not interference limited. That strategy is no longer viable as modern wireless systems are interference dominated so that increasing transmit power increases both signal and interference power in equal proportion, resulting in no net change to SINR.

A second approach has been densification. In this strategy, cellular base stations are placed closer together while reducing transmit power. The transmit power is reduced to shrink the coverage in proportion to the physically smaller cell area. This has had a positive effect on throughput in the form of spatial reuse. However, it has had a net worsening effect on SINR. The reason for this is intuitive. As the cell sizes are reduced, the relative area covered by the cell (where SINR is good) to edges (where intercell interference is crushing SINR) is plummeting. In short, densification creates more cells, more cells create more cell edges, and more cell edges reduce SINR.

A third and more recent approach is to harness and control radio energy with beamforming. By focusing energy spatially, beamforming improves SINR more fundamentally in two ways. On the transmit side, by only sending energy in the direction of the desired recipient, the received signal strength is greatly improved. Also, interference from that transmission is reduced in directions not along the transmission path. On the receive side, spatial filtering by beamforming significantly reduces the impact of interference, improving throughput by freeing up resources that would otherwise be used for inter-cell interference coordination (ICIC) or coordinated multipoint (CoMP) transmission. By focusing energy spatially, beamforming improves SINR more fundamentally and more cost-effectively and enables true multi-cell coordination.

Imagine two people arriving early to a cocktail party. They have a pleasant conversation, no need to shout. Over time, 50 more partiers enter the room. Now everyone strains to be heard. Beamforming is analogous to giving every pair of conversationalists a pipe that one side speaks into and the other side listens from. Now, no one strains to be heard above other conversations. Signals are enhanced, noise is reduced, and the room, in general, remains quiet.

As the graph below shows, beamforming increases SINR and throughput.

The mobile industry has embraced beamforming, including Multi-user MIMO (MU-MIMO), as a key beamforming option.  However, MU-MIMO is hardly the only option and is almost certainly not the most cost effective one.