Pivotal Commware: In Millimeter Wave, No One Can Hear You Stream!

Could this small box be the new face of 5G? 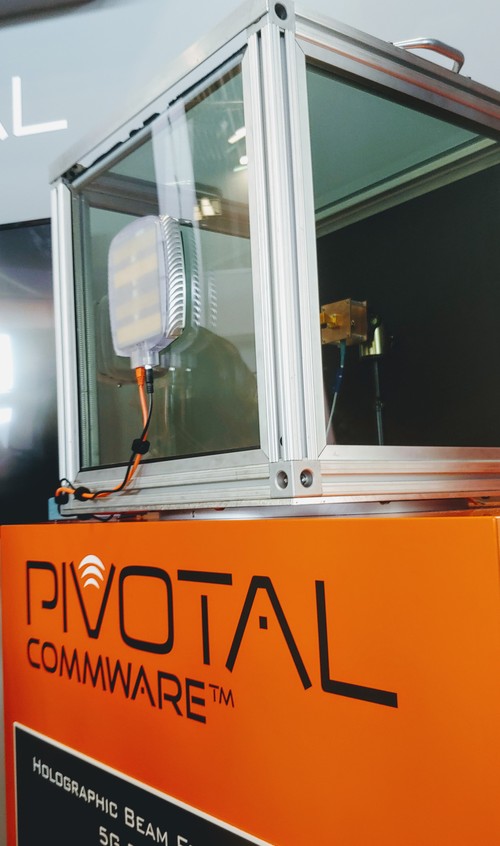 This device somewhat resembles a chest-burstin' facesitter from the film Alien. But, it is, in fact, a version of the Echo 5G Subscriber unit from startup Pivotal Commware. This unit can used to connect fixed wireless 5G millimeter wave (mmWave) signals through modern low-energy glass windows, which has been a problem for 5G. (See Could 5G Have Found Its Glass Ceiling?)

The production unit (in the white casing) looks somewhat cleaner than the unit that Pivotal was using for Mobile World Congress demonstrations in Barcelona. 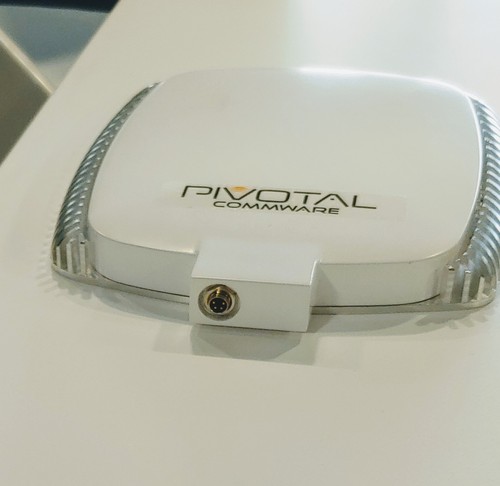 The company uses its own proprietary form of beamforming — called Holographic Beamforming (HBF) — with its technology. This, it says, uses significantly less power than conventional "phase array" beamforming, while maintaining the kind of gigabit speeds expected from 5G.

Pivotal CEO Brian Deutsch also showed off its Echo 5G Subscriber repeater (see below), which connects to a 5G basestation and then pushes the signal on to the subscriber unit. The company also has a 39GHz-based system for backhaul purposes. (See Pivotal Commware CEO Expects 5G Repeaters in Field in Q1 2019.) 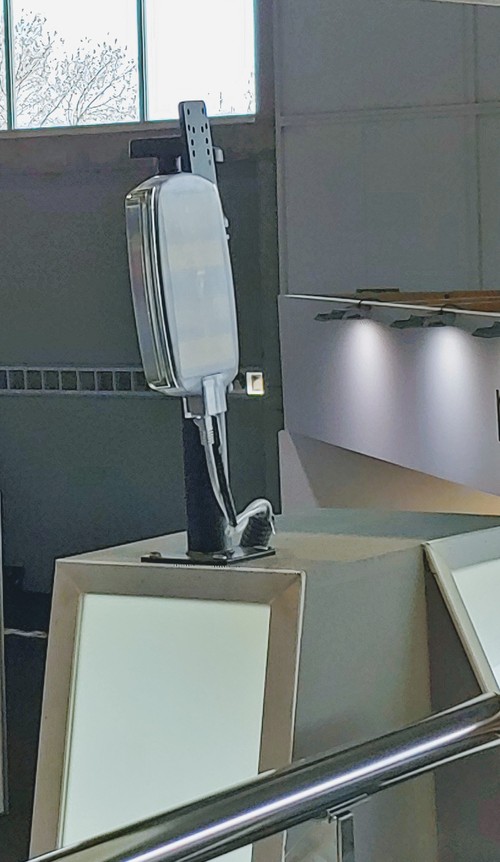 The 5G repeater system should be out by the fourth quarter. Deutsch says the company has "commitments" from "one carrier, in particular" to use the technology.

"You will see our first commercial release in Q4 and high volume in Q1 of 2020," the CEO told Light Reading this Tuesday.

Pivotal has around $39 million in funding so far, Deutsch says. "Bill Gates is our main investor... by a distance," he says.

The CEO says that, in the future, the company could use similar technology for a mobile-type 5G experience. This would involve developing a mobile hotspot style device that could be used to share a 5G signal amongst WiFi-enabled devices.

Pivotal is considering this in response to a customer request, "They want a mobile puck,” Deutsch says. (See AT&T's 'Mobile' 5G: What the Puck?)

Read the rest of the article at Light Reading