Holographic Beam Forming and Phased Array
Pivotal Commware manufactures Holographic Beamforming® (HBF) antennas for its Echo 5G™ and Pivot 5G™ mmW repeater products. HBF describes a passive array antenna that can steer RF beams over a wide area. HBF is a far simpler architecture than a conventional active analog phased array because it requires only a simple switching component at each element. This contrasts with a phased array requiring power amplifier, low noise amplifier and phase shifter (as well as Transmit/Receive switching) at every element in the array. The HBF architecture also divorces the array sizing from the choice of amplifiers used to drive the array. Antenna parameters such as beamwidth, gain and scan can be independently optimized from the amplifier chains efficiency and output power. 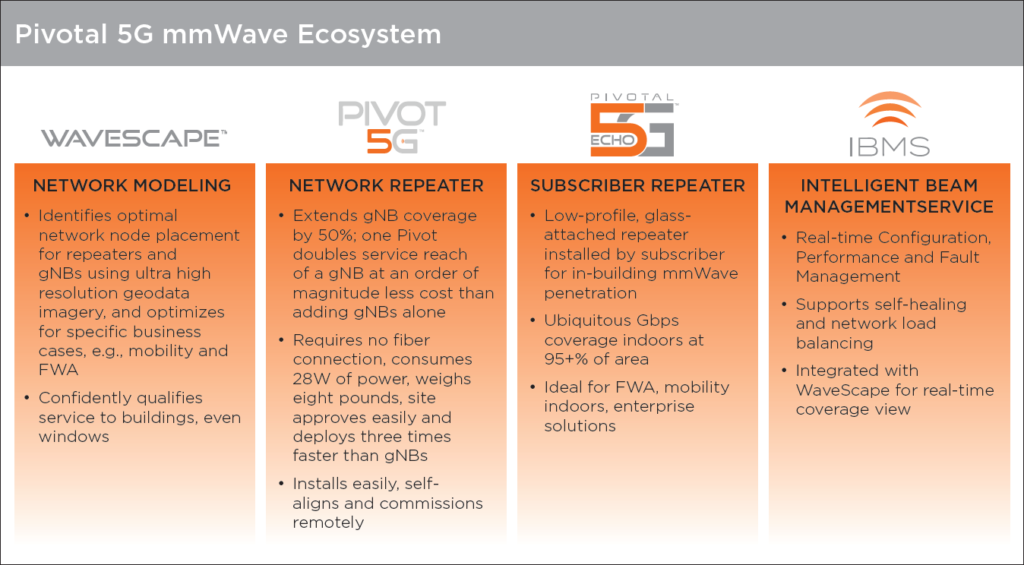 This analysis focuses on indoor mmWave coverage, where 100% of fixed traffic and about
80% of mobile traffic occurs. Most of the applications best served by mmWave’s ultra low latency and high capacity, like AR/VR telepresence (Figure 1), will primarily occur indoors. 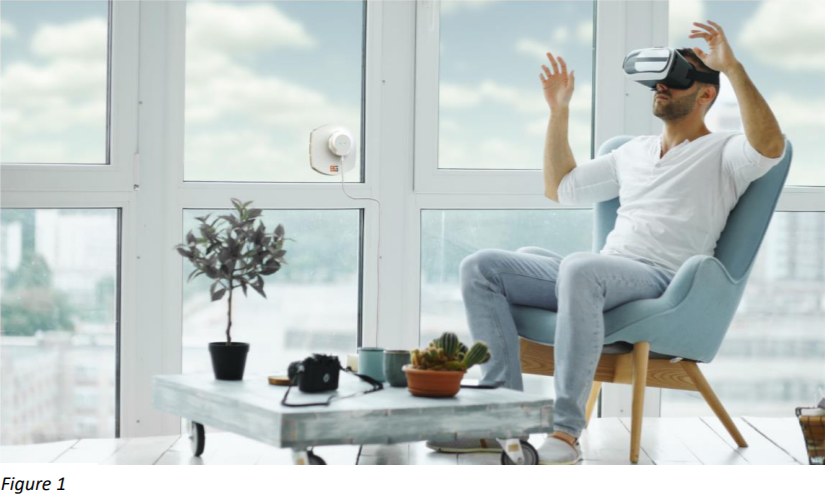 This paper describes the benefits of electronic beamforming to 4G and 5G networks and compares two
SDMA technologies: MU-MIMO and Holographic Beam Forming™ (HBF). Occasional reference will be
made to conventional beamforming, i.e., phased array. Of them, HBF stands out as an excellent choice
for the commercial market.