Internet Access at Airports is About to Get a Lot Better

by Kent Lundgren, VP of Marketing

Major U.S. carriers are starting to deploy mmWave in airports and it makes perfect sense.  That’s because, with few exceptions, wireless Internet access at airport tends to cave when waiting passengers overwhelm the network.

It all starts with flight delays or cancelations.  According to the Bureau of Transportation Statistics, Newark Airport (EWR) topped the list of US airports with the most flight delays and cancelations in 2021 with only 74.1% of flights arriving on-time.

The misery of waiting is compounded when the WiFi network is slow.  Some airports have high delay/cancelation rates and slow WiFi.  Two of these are EWR and Fort Lauderdale (FLL). 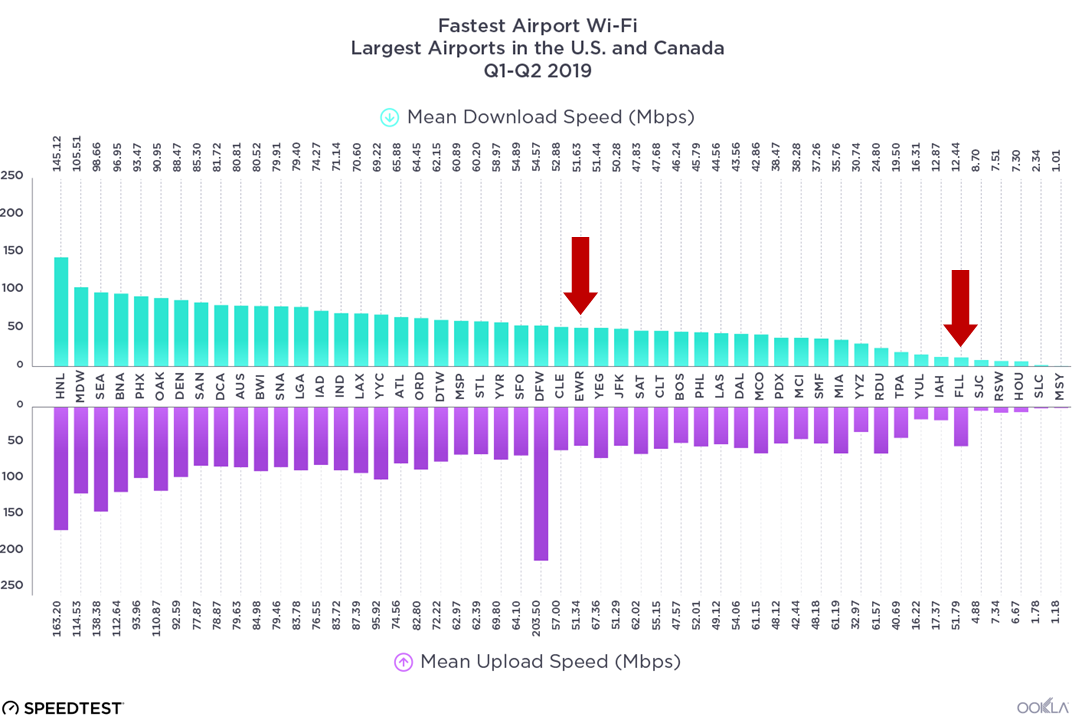 5G mmWave won’t reduce delays and cancellations, but its speed, low-latency and security will certainly improve the on-line experience of waiting passengers.  But even in airports, highly directive mmWave signals need beamforming smart repeaters to put coverage where passengers want it.  Such as where they’re sitting instead of where they’re walking.  Pivotal Commware improved mmWave throughput in an airport by as much as 3,491% by directing more coverage from the middle of the concourse to passengers seated on each side of the concourse, around the restaurants and shops that were blocking it.

You can read more about deploying mmWave in airports in Improving mmWave Coverage Indoors with Pivot 5G.  It’s good news for weary travelers.