When Russia stepped up its bombardment of Ukraine in late 2022, I asked an engineering colleague about Sirin Software, the Ukrainian company who develops embedded software code for our Pivot 5G network repeater. I expected to hear that Sirin’s productivity was severely impacted. "No impact" was the answer. I was told that a production blip occurred when the war began in early 2022, but it was barely noticeable and resolved quickly.

Ukraine is a hotbed of software engineering talent due in part to its strong academic tradition, fluency in English, work ethic, and other traits. Readers of this blog may be curious, as I was, about how Ukrainian software companies like Sirin have managed to stay productive. So I asked Sirin’s Founder and CEO, Alex Nikitenko, to explain.

Kent Lundgren: How far will some Sirin developers go to keep working when power or connectivity disappears? 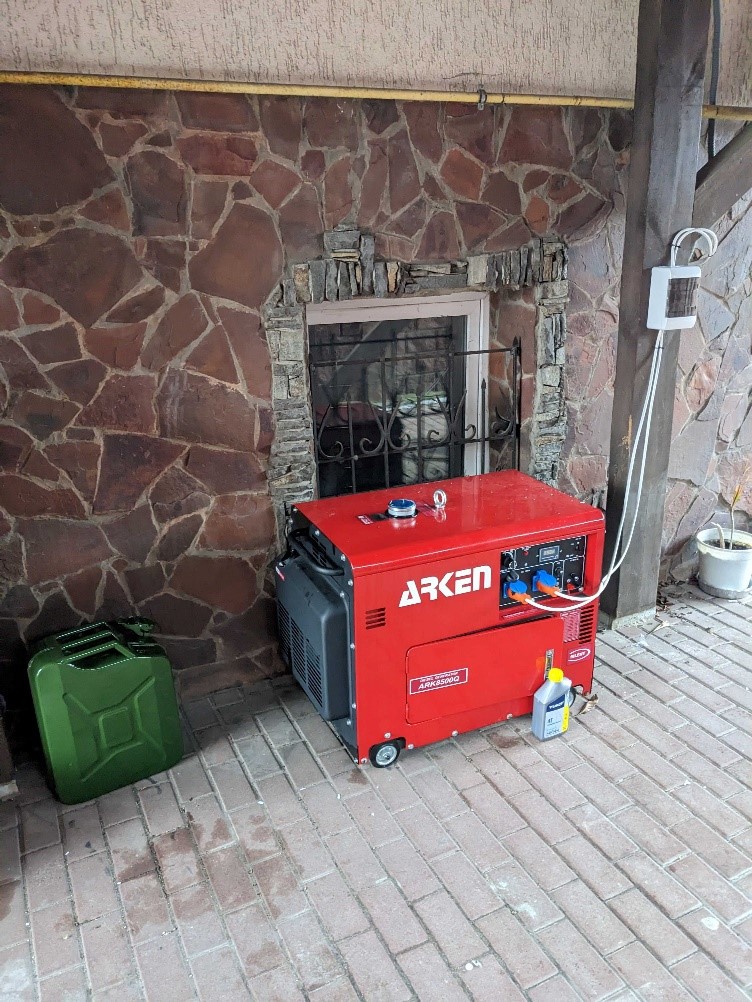 Alex Nikitenko: When the first rockets started to hit infrastructure objects in our country we started preparing for a full blackout. Of course, we hope that it will not happen, and there will be only periodic power outages, as it is today. But we must be prepared for all scenarios.

So we rented a house at the outskirts of Kyiv, that could serve us as a co-working/co-living area if the situation gets worse. It has autonomous heating and is equipped with a diesel generator and internet from Starlink. So it would allow us to stay operational even if Kyiv stays without electricity for weeks or even months.

Of course, it is not as convenient as our office, and would not accommodate all the employees, but it should be sufficient for those who decided to stay in Kyiv for winter.

At the moment, power outages are not critical, and we work from our office, which is equipped with power stations (500-1000Wh each) that fully cover power outages of 4-6 hours.

K: How do your employees stay mentally productive amidst all the sirens and explosions?

A: Almost everybody here makes donations from their monthly salary to support our armed forces and volunteers. Our business donates a decent amount of our income to the armed forces as well. Those donations are spent to buy cars, trucks, tactical medicine, drones, namely anything (except weapons) that the army needs. And we know that every (even civilian) drone on the battlefield makes our victory closer. And every medical kit could save the life of someone's dad or brother. I believe everybody is focused on that, and it keeps us focused. In my opinion it is much more difficult to stay mentally healthy if you don't have a job. But that's the different story

K: How does Sirin help employees who’ve lost their homes?

A: Fortunately, the vast majority of our employees live close to Kyiv, and as far as I know, we don't have employees who have completely lost their homes. However, this winter many suffer from the damaged infrastructure. We’ve had cases when some employees did not have electricity, heat or hot water in their apartments for weeks. For this purpose we have our corporate "Point of Invincibility", similar to those that our government established. It is fully autonomous, so that our employees know that there is always a warm place where they can take a shower, sleep, get food, get internet to work and talk to their closest ones.

K: Is there something about the Ukrainian spirit that distinguishes Ukraine from other countries that Russia could have invaded?

A: As you can see, the European countries that support us more than others are Poland, Czech Republic, Slovakia, Lithuania, Latvia and Estonia. These countries that know what the soviet occupation is. Each of these countries have its own story, but we have much in common. The Ukrainian nation has been suffering from our eastern neighbor for more than 300 years. First, from the Russian Empire, then communists, Holodomor, etc. Now it's time they will break their teeth.

K: Likewise, is there something about Sirin’s culture that distinguishes its employees from others among software service companies in Ukraine?

A: We have always tended to be a highly efficient team. Most of the service companies, like many of our competitors, tend to convince their clients to have larger teams (in terms of headcount). It is obvious, since in this business we get paid hourly, and larger teams generate larger revenues. This was especially true for some companies I worked with in the past, before starting my own business. It could be a team of 40-50 engineers, while 90% of the job was done by 10 people. On the contrary, we strive to be an efficient team. As a leader of the team, when I do a retrospective of some projects we have done in the past, I'm extremely pleased to see the results that we accomplished with relatively small teams. But of course, this can be achieved only when you attract top talent. So, we're trying to go that way.

K: What takeaways do you have for Americans reading this blog?

A: I just wanted to thank all American people for the unprecedented support that you provide — arms, humanitarian aid, kind words and prayers. As a Ukrainian citizen I feel it every day. As a businessman, I have been working with clients from the US for almost nine years. And, honestly speaking, in early 2022 my team and I had fears that at some point our American clients may reconsider hiring companies from other (safer) destinations, and that our business may suffer. But, as for today, we see that our working relationships with the clients have become even stronger. And this motivates us to work even better.

Pivotal works with valued partners from around the world, including teams in Ukraine whom we have supported since 2021.  We made the conscious decision to support them from the start of the Russian invasion and continue to support their good work and the just cause of Ukraine.